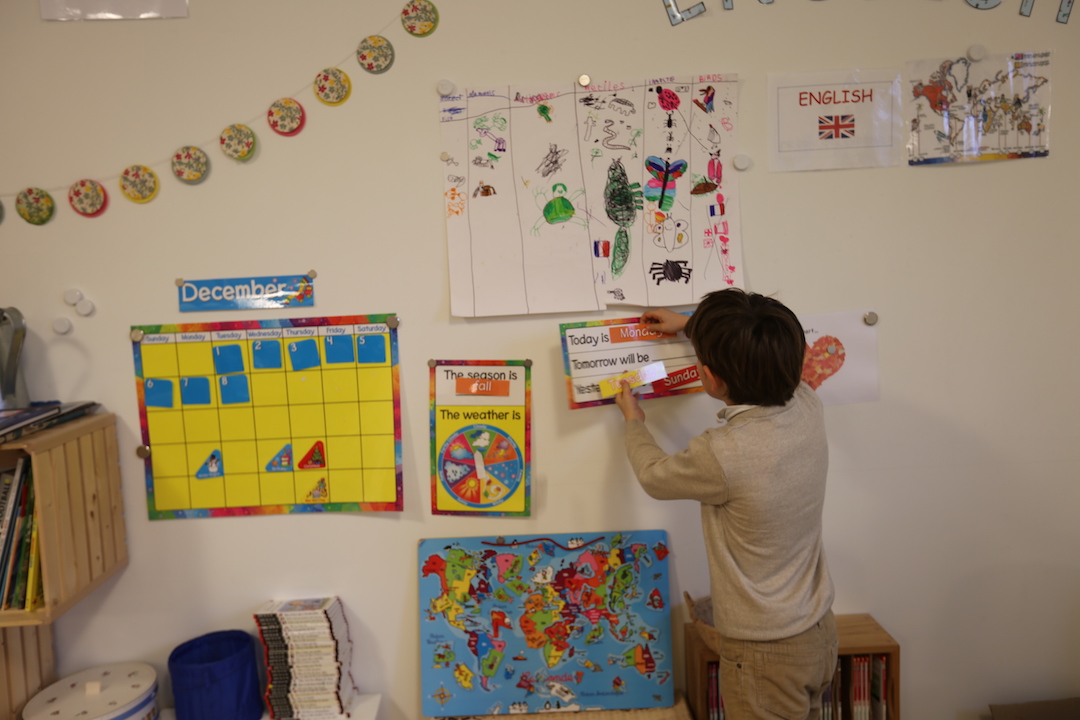 Children that have access to a second language from an early age (2 -3 years old) train their ear to it, get used to its music, repeat it and experience it without any inhibitions. Instead of being a subject of study, language is a medium of communication used to learn maths or to practise physical, artistic or scientific activities.

Bilingualism leads to multilingualism : someone exposed to a second language from an early age on is much more likely to learn a third and then a fourth language before they finish school.

Learning languages teaches children about others, about different points of view, and this open mind helps them build their own identity (a phenomenon called decentration in sociology).

Bilingualism is not to the expense of the mother tongue

In today’s world where being able to communicate in an international context is a real asset and increasingly expected, bilingual educators profess that early age language learning is an immense opportunity. It does not happen to the expense of the mother tongue: studies show that results in their native language of bilingual immersion students are as good as or even better than children following a monolingual program.

Students are equally educated in English and in French, across a wide variety of subjects (English, Mathematics, Sciences, Physical Education and Art). They are immersed in an English context, in parallel with the French teaching in order to obtain a balanced bilingual education.

English teaching at Eden School is done using different media, each bringing a different approach to helping the child to integrate and immerse themselves in the English language as easiest as possible. Whether it be with the Jolly Phonics method which offers a child centered/multisensory approach to learning English or the use of various other applications such as Go Math, MyBlee, or others which provide high quality and interactive approaches to reinforce and supplement the English language teaching.